When you are struggling with OCD, it can often feel like a mental game of chess between you and your OCD. OCD’s part in this game is to see how much it can bother you with uncomfortable thoughts and feelings. Your goal, meanwhile, is to find the most effective way to dismiss these thoughts and feelings from your mind. When you have OCD, it’s very easy to get so caught up in the latest battle that you miss the overarching truth about the game: OCD always wins in the end. This is because OCD has some pretty foolproof moves that it uses time and time again. Here’s a rundown of some of OCD’s “checkmate” moves:

Thoughts about the future: As long as OCD is putting thoughts in your head about things that might happen in the future, you will never be able to completely disprove the thoughts and eliminate them from your mind. If OCD says, ‘you’re going to kill yourself one day,’ you might come back with “but I’m not someone who struggles with depression” to which OCD might reply “That can all change. Once you hit middle age you’ll probably develop depression” to which you might say “but I don’t even have a history of depression in my family” to which OCD can say “Well, maybe you’ll just kill yourself impulsively without even being depressed.” Inevitably, you will have to turn to rituals like reading about depression and suicide online or asking others for reassurance, which will only keep your anxiety managed until the fears begin to creep back again.

Thoughts about other areas of uncertainty: Another of OCD’s classic moves is to make you worry about other areas of uncertainty in life. A health concern, for example. OCD might say ‘What if you’re tired because you’re developing diabetes?’ or ‘What if that spot on your skin is cancer?’ Good luck disproving these thoughts without excessively searching the web, making numerous doctor’s appointments, and getting expensive full body work-ups. Other areas where you will never be able to 100% disprove OCD worries include: 1) What others are thinking about you, 2) what you’re thinking and feeling, (can you really “prove” whether or not you love your wife enough, or if you understand a textbook you’re reading well enough?), and 3) whether or not there are dangerous germs on a doorknob (you’d need some pretty sophisticated equipment to test this). This is why OCD loves to make you worry about things that can’t be seen with the naked eye and things that can’t be tested and proven in a black and white manner.

Creating real, physical symptoms: OCD can even make you have physiological responses that make your thoughts even more believable. As an example, some people who experience OCD fears that they are a pedophile may psychosomatically experience signs of sexual arousal around a child, even without being legitimately sexually aroused. Someone who is afraid of getting sick, can begin to feel nauseous when they get the thought that they touched something “contaminated.” And anxiety can bring about a whole slew of symptoms: light-headedness, dizziness, and confusion that can make it seem like your fears are really coming true.

Making you feel strong emotions at the wrong time: Maybe more than any other tactic, this OCD move can be the real clincher. It makes it a little hard to dismiss the thought that you’re a bad person when you’re suffering from a crushing guilty feeling. And it’s hard to tell yourself that you and your family are safe when you’re gripped by a feeling of fear. Checkmate. OCD.

Which brings us to the only way to win this game…

Drop out of the game: There’s only one answer to this OCD chess match. You have to stop accepting OCD’s invitations to play. OCD wants you to think that it’s on your side, and that playing the game will keep you safe, but in reality your OCD is only causing you to worry about things that are neither helpful nor important. Dropping out of the game is, of course, easier said that done, and most likely you’ll want to be doing this with the support of a mental health professional. But to get yourself started, notice when, where, and how often you’re playing the OCD chess match. Also take note of what OCD thoughts tend to draw you in. Next you’ll want to catch yourself getting pulled into another game and see if there are other activities you can engage in that help you to resist the pull. Generally, things that are tactile and engage your senses are the most effective way to keep you grounded in the real world, and less likely to get pulled into your head. Learning OCD’s tricks can be an important first step in one day no longer falling for them. 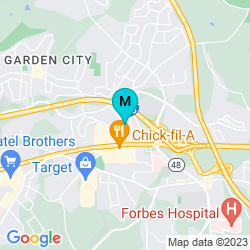 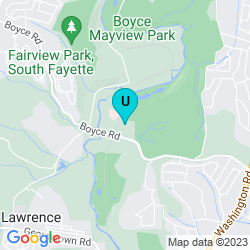 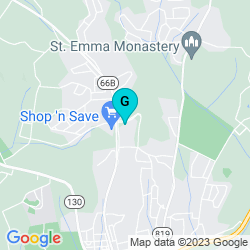 Yesterday was “National Plan Your Vacation Day”… which got us thinking about road-trips. And of course, then there was the jump to one of our favorite books about creating a new mental roadmap based on values rather than anxiety, one that embraces the exposure process rather than rituals, and one that, when followed, helps you go on the road trip you planned yesterday without OCD! Link to book on Amazon is in bio👆.
It’s not just figuring out who you are…it’s also realizing you’ll need to take the time to cultivate that sense of self you’ve found!
Figuring out those next steps is always hard. The vision for the big picture is often present, but figuring out the start is something else. Remember trees grow from small seeds; our personal dreams are the same. Start small, remember that good enough is enough! Give yourself permission to grow into those things you have hoped for and dreamt of!